As there had been some flux in the exact programme of this years conference I was somewhat relieved to find it substantially intact with the pack handed out at registration.

Day 1 Summary
Morning
The opening session of FOTA III started shortly after 11 am. Fr Vincent Twomey SVD, formerly professor of moral theology at Maynooth, commenced with an overview of the issues concerning Church Music in the writings of the current Holy Father. He observed a fundamental distinction between Joseph Ratzinger's initial approach to music as integral to the liturgy in comparison to the Rahnerian 'ornamental' approach. After tracing some of the philosophical reasoning behind the Pope's thinking Twomey concluded with five principles which would find resonance in the later speakers. (1) Liturgy is for all- truly catholic but not always uniform. (2) It may be simple but never cheap. (3) Participation goes beyond mere external manifestations of activity. (4) If liturgical music is purely utilitarian it's actually useless. (5) A 'purification process' needs to be applied to musical material drawn from other cultures. 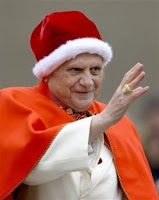 The following speakers were reversed as Fr Lang was yet to arrive in Cork. Fr Sven Leo Conrad FSSP then spoke on the intellectual connection between the Pope and Johannes Overath (1915-2002) whose work and person strongly influenced the music paragraph of Sacrosanctum Concilium (1963) and it's consequent expansion/explanation Musicam Sacram (1967). The theological content of Fr Overath's paper was severely curtailed by time limits however Fr Conrad managed to emphasise Overath's concern about the tendency to over play the 'spirit' rather than the 'letter' of the conciliar documents. Overath laid great value on the original relationes of the conciliar debates in interpreting the final texts. This seems to have been an attitude shared and passed on to the current Holy Father through close professional and personal contact which included a shared residency in the early 1980s. 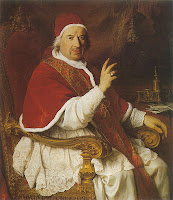 Fr Michael Lang CO, having arrived, gave his paper an overview of papal pronouncements on music from Benedict XIV's Annus Qui (1749) to the current day via the writings of John XXII and material from the 22nd and 23rd sessions of the Council of Trent. Summarising across the centuries, between the two Benedicts, Fr Lang outlined five consistent concerns; (1) The actual use of the textual material proper to the Mass. (2) The problem of the theatrical pushing the text away from God centeredness (including the appropriate use of instruments in worship). (3) The continuing concern for intelligibility. (4) The length of individual pieces in relation to he liturgical action. (5) The revival of the chant repertoire.

The first session paused with a series of questions from the floor including an interesting comment from Stanford's Professor William Mahrt on the introduction of the organ into Western liturgy. Apparently a Byzantine imperial ornament the first instrument was sent as a present to the emperor of the West, at that time Charlemagne, from the Emperor of the East, and originally used to play Gregorian melodies. Finally Archbishop Burke closed the morning session with some general comments of the renewal of sacred music.
Afternoon
The afternoon session of the first day was rearranged so the paper advertised by Dom Samuel Weber OSB (Benedict XVI on the Psalms in the Liturgy) is yet to be delivered.
Fr Stephane Quessard spoke on the renewal of Sacred Music commencing with a potted history of the origin and use of the term itself from it's apparent coining by Michael Praetorius around 1614. Quessard observed three challenges to Sacred Music in the thought of Joseph Ratzinger (1) That sacred music must go beyond the limits of current European thinking avoiding triteness and commercialism. (2) That the Church has to restore the logos at the centre of sacred music. (3) That the chant repertoire must be emphasised as normative to the Rite.

In an addition to the advertised programme the Irish composer Philip Carty spoke with considerable conviction about how his growing religious convictions have influenced his musical language. Carty has an academic background in both theology and music and a continuing career as a composer including several film music credits. There were several wonderful thought provoking moments in this talk, illustrated with some of his own music, including the question 'Is no music better than bad music?' aimed directly at much of the pastoral repertoire. Carty's answer was a simple 'Yes- because of the silence.' Brave words for anybody trying to make a living out of writing music. Carty then attempted to trace the downfall of vocations and musical practice in Ireland comparing it with the decline in tonality and form in Western art Music in general. Messiaen, and Webern were obviously considered problematic and Carty admits this problem in some of his own music. Carty emphaised the need for humility- 'Music without humility is just pride with a video attached!' I'm going to have to revisit this composer as I think he has some very interesting things to say but has yet, perhaps, to fully 'join up the dots'. He has also yet, I might note, to compose a Latin text motet.

The conclusion of this session involved Professor Twomey and some questions from the floor, actually more anecdotal exchanges on the pretence of bringing things back to the 'grass root level'. You could smell the bishop bating coming a mile off. Enough said. The afternoon session then moved into the launch of the FOTA I proceedings. Archbishop Burke gave a summary of the contents in some detail then the publishers responded briefly giving tribute to the work of the editors. At 7.30 pm Archbishop Burke celebrated Pontifical Vespers in the Church of Ss Peter and Paul, Cork City. At 9 pm Thomas Lacote, who will speak later in the conference, gave an organ recital.