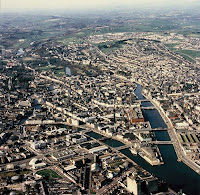 The final day commenced with Dom Samuel Weber's paper on the use of psalms. Extensive illustrations were provided with excerpts from the St Louis Gradual and the St Louis Hymnal for the Hours together with a bilingual edition of Compline. This presentation was essentially a practical exploration of what could be employed on the way to realizing a fuller use of the canonical psalter within the liturgy particularly in the proper texts which Fr Samuel identified as a particular concern in the thought of Benedict XVI. 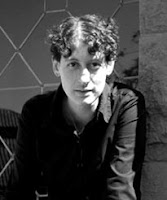 This was followed by Kerry McCarthy's paper Listening to William Byrd. McCarthy's presentation initially seemed to be an enrichment lecture rather than something immediately pertinent to the topic of the conference. This misconception of mine changed quickly as she drew from the music of Byrd, and the details of his life, many of the concerns that continue today particular the survival of the church musician in adverse circumstances. In formal terms she noted that Byrd's compositional process commenced with what the liturgical text suggested at a deeper level than mere gimmicky word painting (although Byrd was not beyond some rather dramatic effects as she illustrated by a section of the Easter motet Terra Tremuit). McCarthy noted that the extended prefaces that accompany the two editions of Byrd's Gradualia contain his detailed attitudes to sacred composition and its performers. Byrd seemed well aware of the problems of less than perfect performers ('Everyone should learn to sing- it's the only way to find a good voice') and the often noted distance of the church musician ('Let the honour be God's but the pleasure be yours'). Byrd was well aware that there would be a range of abilities and seems to have been an early apostle contra utilitarianism- two very modern issues in sacred music practice.
At 12. 30 in St Peter and Paul's Church Fr James Brucke FSSP celebrated his first High Mass after ordination last week to the sacred priesthood. The setting of the ordinary was William Byrd's Mass for Five Voices which had formed part of Dr McCarthy's earlier lecture. This was a model celebration of the sung form of the Extraordinary Form lasting just over an hour. Considering the discussions of proper psalmody earlier in the day it was slightly surprising to discover some of the proper chants replaced by polyphony with texts not of the day.

Afternoon
Thomas Lacote, organist titulaire of the cathedral in Bourges presented a paper on music inspired by sacred themes but standing outside of liturgical norms. After noting the presence of sacred themes and gestures in some expected places (the agnostic Faure) and some unexpected places (the surprisingly pious Stockhausen) he turned to an examination of a new series of his own compositions entitled Dedication. The series derives it's inspiration from the common texts association with the Feast of the Dedication of a Church and are scored for a variety of forces. Dedication I, for tenor recorder, exploits the consecratory ritual of circumscribing a building during its consecration. Dedication II, for trombone quartet, is yet to be completed. (In a conversation afterwards he mentioned that it's inspiration was associated with the walls of the consecrated building). Dedication III, for organ, is inspired by the Matins antiphon Vidit Iacob scalam and Dedication IV, for twelve voices a capella, a setting of a verse from the office hymn Caelestis urbs, Ierusalem. The excerpts played during the talk illustrated quite clearly the advanced musical language that Lacote is employing inspired by the sacred treasury but not derivative or imitative.

Ite O'Donovan, director of the Lassus scholars, then delivered a paper which tracked the documents on sacred music of the twentieth century. This paper reflected the problems faced by the practicing Church musician in the years that followed the Council up to the present time and particular the apparent, and actual, dichotomy between what the documents of the Council had to say and what actually happened. The paper contained an interesting defence of the Viennese tradition of orchestral Masses as a continuation of temple traditions in early Christianity. In the questions that followed O'Donovan spoke of the alienation and crisis in faith that been the lot of many musicians after the Council noting that the revival in the traditional rites had become the path of return for some in recent times.
The final address of the day came from Archbishop Raymond Burke who spoke on The New Evangelization and Sacred Music. Archbishop Burke reflected on the presence of sacred music in his early education in rural Wisconsin, the sudden abandonment of the Liber Usualis during his junior seminary days, in 1965, and the realisation of the banality of what was coming to replace it. Whilst he sensed the departure of beauty he noted the general acceptance at the time that this was what the Church wanted. This talk was very carefully conceived with gems in almost every sentence. I hope that the entire talk can be made available in advance of the formal publication.
In relation to sacred music the archbishop noted two general principles in the thought of Benedict XVI: (a) That the true purpose of sacred music is as servant of the sacred liturgy glorifying God and sanctifying the faithful. (b) to this end there are three qualities must be constantly sort; (1) that of Holiness, avoiding the secular and rejecting anything foreign to the liturgy. (2) that of Beauty, in that the music must be artistic, not inferior and of the highest quality. (3) Finally Universality in that the forms used must be subject to the norms of Catholicism. In concluding Archbishop Burke noted that formal aestheticism must be avoided and sacred music must always be oriented 'Godwards'.
At the end of this third day Fr Vincent Twomey SVD gave thanks to the various people who had contributed to FOTA III. In conclusion he mentioned that the subject for FOTA IV would be 'The Roman Missal' with papers being sort on both the recent 3rd edition of the Missale Romanum (and the translations derived from it) and the 1962 Missale Romanum as the edition envisaged by Summorum Pontificum. He mentioned that the proceedings of FOTA II are now with the publishers.
Dom Alban Nunn
Posted by Fr Raven at 3:14 AM